Article and photos by Bill Beazley 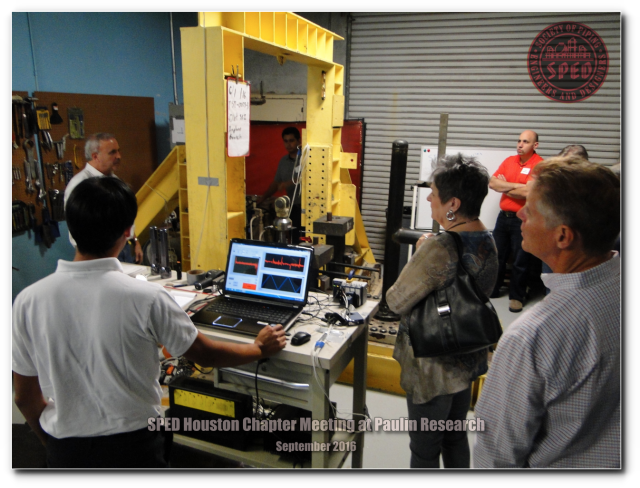 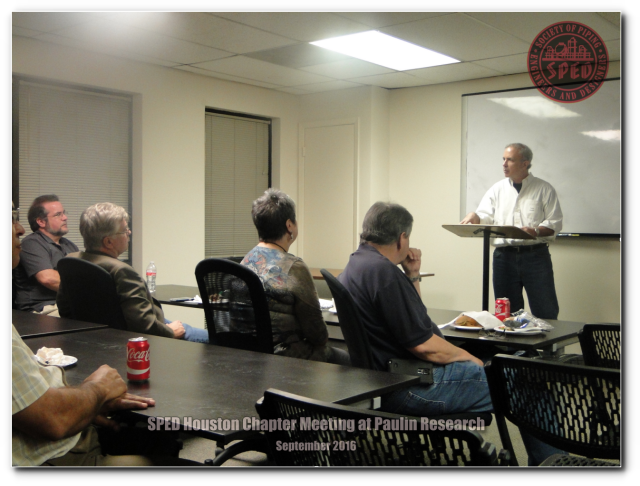 Mr. Paulin began the meeting with an explanation of why SIFs as calculated by the current B31.3 piping code were inaccurate.  For code fatigue purposes, SIFs are the ratio of the nominal stresses in the component unders study to the nominal stress that will cause failure in a straight pipe at a given number of cycles. Early fatigue based SIFs were first developed in the early 1950s by A.R.C. Markl using tests at Tube Turns.  Everett C. Rodabaugh of Battelle Memorial Institute was on the original Markl team and later improved the equations now used in the code.  Markl’s tests and Rodabaugh’s corrections and enhancements where scaled up from data collected mainly on 4” schedule 40 pipe. 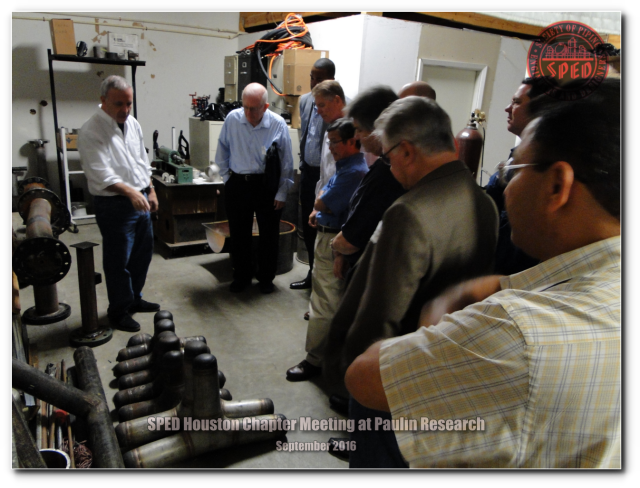 Paulin’s tests now show that the equations that scale up these SIF results to other pipe sizes and wall thicknesses are in some cases overconservative and in some cases unconservative.  Revisions will be coming out soon as ASME B31 J, an ASME standard to produce stress intensification factors (i-factors), flexibility factors (k-factors), and sustained load factors for metallic piping components used in B31 piping analysis.

Paulin’s team including Fred Hendrix, Willy Lock, Dr. Delin Wang, and Jose Del Valle is also studying the growth of cracks in piping components are they progress toward fatigue failure. The results might be used to predict the risk of failure as a focus of further inspection. 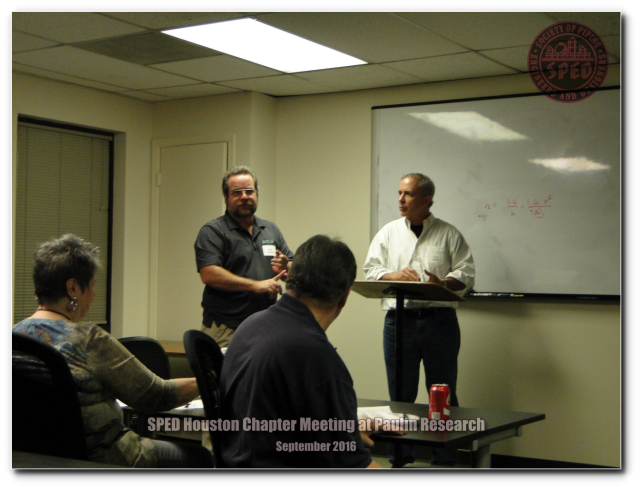 Finally, the attendees were treated to software product expected to be announced at CAU September 19-20. Mr. Paulin was thanked by SPED Houston Chapter President, Doug Coberly.