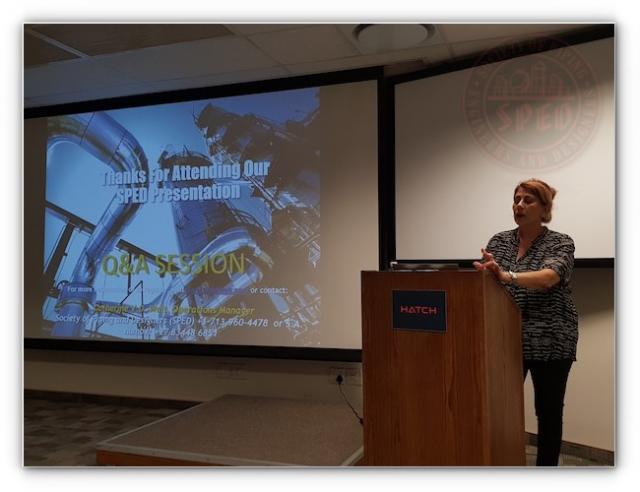 A Lunch & Learn session was held November 20, 2018 at Hatch and was well received by the attending piping design staff. Mr. Mulalo Silidi - Hatch's Regional Director, Engineering - is an avid supporter of the Society of Piping Engineers and Designers and encouraged all his personnel to apply for PPD Certification.

Mr. Silidi was originally hired over ten years ago by Kerry Pritchard and paid homage to her for employing him and giving him an opportunity of a lifetime, one which he today extends to his team. Kerry is currently serving as Treasurer on SPED's board of directors.